Energy For Everything You Do

Once you start doing more extraneous fitness activities, such as walking, running, lifting weights or swimming, the amount of oxygen in your blood becomes less capable of supplying enough energy. You’re breathing very hard because your body realizes that you need more oxygen, but in most cases, this still isn’t enough.

At a certain level, anaerobic respiration begins to take over. Because oxygen is not used to supply energy, your body turns to molecules like carbohydrates to meet its demand. Each of these is part of the ATP (Adenosine triphosphate) cycle, which supplies all of your body’s energy. Understanding the ATP cycle is critical to weight loss.

The oxidative, or aerobic system uses oxygen to produce ATP. There are a number of biological systems at work here, chiefly the Electron Transport Chain (ETC) and the Krebs Cycle. Without going into details that could fill an entire chapter in a biology textbook, these two cycles detail how oxygen in the blood connects to hydrogen molecules in stored energy compounds, like body fat.

When a hydrogen molecule breaks off, it creates a small amount of energy, which is needed for the ATP cycle. ATP stands for Adenosine triphosphate (three phosphates) and ADP stands for Adenosine diphosphate (two phosphates). There is a lot of ADP floating around in your blood, but it’s at a stable, low power state and supplies no energy. ATP, on the other hand, supplies all of your body’s energy.

When you’re doing fitness exercise of any kind, you want to produce a lot of ATP. ATP requires ADP to bond with another phosphate molecule. Think of ADP as A+P+P and ATP as A+P+P+P. To get to ATP, you need to add a P or one phosphate. That takes energy, which is where the ETC and Krebs Cycle from the beginning of this section come into play.

How does any of this relate to weight loss? Well, don’t think of weight loss as “burning fat,” a term that causes a lot of misconceptions. Instead, you’re simply breaking down stored energy molecules, like carbohydrates, to generate ATP molecules from ADP.

The whole time, your muscles have been crying out for energy. Once an ATP molecule passes through muscle, one of the phosphates breaks off from the ATP, creating an ADP molecule once again. Remember, energy went into binding the ADP and phosphate together, and when they separate, energy is released into your muscles. If this sounds like a fairly complex system, don’t worry. There’s really only one thing you need to know about aerobic respiration – the more oxygen that you can supply to yourself, the better off you’ll be.

That’s why aerobic exercise is so important. Not only is it great for losing weight (because your body has to produce a lot of ATP), but the very strain that you put on your lungs to draw in huge amounts of air make them stronger. Your heart also becomes more efficient as it learns to pump more oxygen into your body.

The phosphagen system describes how PC (a combination of phosphate and creatine) in muscles helps form ATP. If you weren’t just working out a minute ago, your muscles should have a small amount of PC just sitting around. When you need a lot of energy in a very short amount of time, your muscles release PC into your bloodstream.

Basically, ADP molecules break PC apart into their phosphate and creatine molecules, and the phosphate bonds with ADP to form ATP. Because PC is located inside your muscles, where you’ll need that energy, it doesn’t have to travel anywhere, and your muscles receive an immediate energy boost. Unfortunately, resting levels of PC are low at best, so you’ll only get a few seconds of energy before it’s depleted.

This is where good nutrition begins to come into play. Creatine supplements can help maintain PC levels in your muscles so that the phosphagen system can continue giving your body a small boost in power.

Glucose is stored energy in the form of carbohydrates, fats and other compounds in your body. The glycolytic system simply refers to the breakdown of glucose to create ATP. If you’re going to be working out, carbs are the easiest forms of glucose for your body to break down, giving you the more stable energy output. Protein is less effective at ATP production. Though it’s useful for building muscle, protein is not efficient when you’re only trying to lose weight. Fats are a distant third, and it’s really only after many of the loose carbs and proteins in your body are exhausted that your body turns to fat as a source of energy.

The glycolytic system is more like the oxidative system than the phosphagen one in that it does not start with phosphates directly, which is why it’s less effective than the phosphagen system. However, your body has much more glucose than PC, so you’ll receive energy over a much longer duration.

Proper nutrition is also key to the glycolytic system. A solid balance of carbs, proteins and even some fats can maintain your energy over hours of fitness activity since they all perform slightly different functions.

One of the nasty side effects of using glucose for energy is the creation of lactic acid. Anyone with any fitness experience knows about lactic acid, which occurs when your body can’t draw in enough oxygen and relies too heavily on anaerobic respiration. Your body can only produce so much energy, and after a certain threshold, lactic acid begins to form, making your muscles sore.

A little soreness isn’t going to hurt you, and it lets you know that you’ve completed a good work out. Too much soreness, besides being a total pain the next day, indicates a severe level of lactic acid. The key word here is acid, which burns things, and lactic acid can actually wear away at your muscles besides making you feel like you don’t want to get out of bed for half a week.

Understanding the differences between your body’s oxidative, phosphagen and glycolytic systems is key to weight loss.  Combined with proper fitness and nutrition, you’re empowered to focus on the areas of your body which will give you the largest overall improvement. 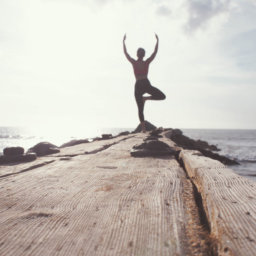 8 Easy Ways To Take Better Care Of Yourself In 2019 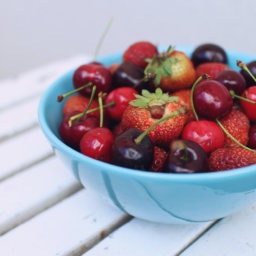 10 Ways to Flatten Your Stomach Fast – No Exercise Required

Six-pack abs aren’t an achievable body goal for everybody. But a simple flat stomach might… 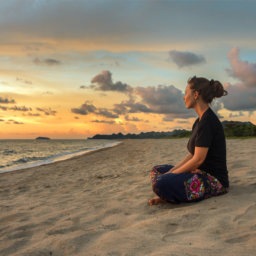 7 Podcasts to Help You Stress Less

The holidays are here, and though they bring great festive times with family and friends,… 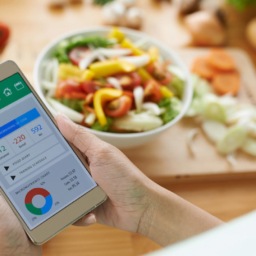 Fitness and weight loss apps can provide dieters the motivation they need to succeed, along… 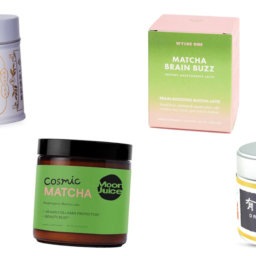 If you’re thinking about switching coffee for matcha, we’ve got some healthy matcha powders you’ll definitely want to try ASAP! 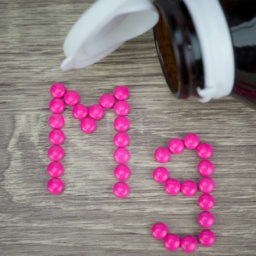 Magnesium is an essential mineral needed by almost every cell in the human body. It’s… 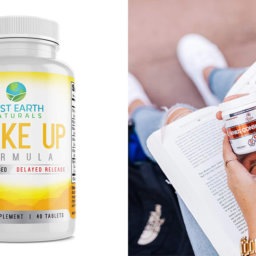 Read on for some great energy-boosting alternatives to coffee that *don’t* involve afternoon crashes and jitters. 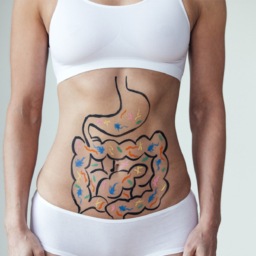 The Role of Fiber in Digestion 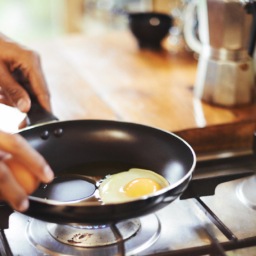 Protein is an essential part of any healthy diet. Not only does it serve several… 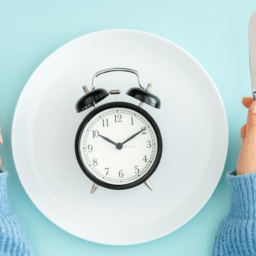 What You Need To Know About Intermittent Fasting

If you’re thinking about getting hopping on the fasting train, you’re in the right place! Here’s what to know about intermittent fasting. 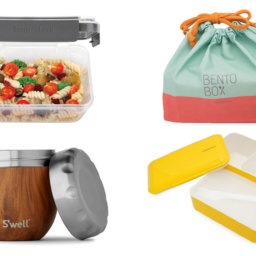 From cute and colorful to sturdy and trusty, we’re celebrating this glorious (and so real and 100% not made up) holiday by rounding up our favorite healthy meal prep containers. 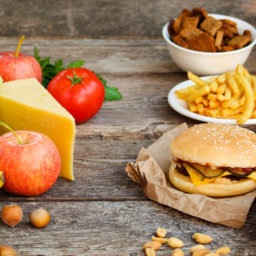 Q&A: WHAT DIET IS RIGHT FOR ME?

Hey there! I’m Brett McNeil, the fitness consultant for FitMinutes. Throughout the month, I’ll be… 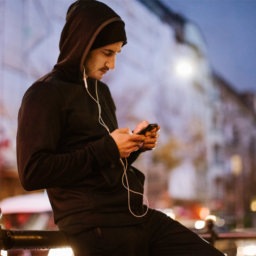 8 Apps to Keep You Healthy During the Holidays

From equipment-free exercises you can do anywhere to customized workouts you can attempt in between Netflix marathons, here are the best apps to keep you healthy during the holiday season. 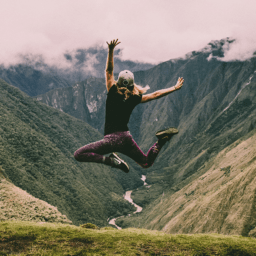 10 Tips on How to Kickstart Your Weight Loss Goals 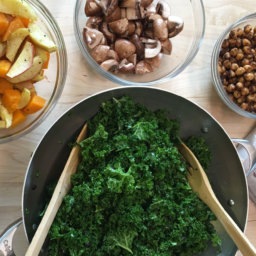 This site uses Akismet to reduce spam. Learn how your comment data is processed.

This site uses cookies to give you a more personalized shopping experience! Cookies store useful information on your computer to help us improve the efficiency and relevance of our site, and in some cases, they are essential to making the site work properly. By accessing this site, you consent to the use of cookies. For more information, please refer to our privacy policy. Happy Shopping!